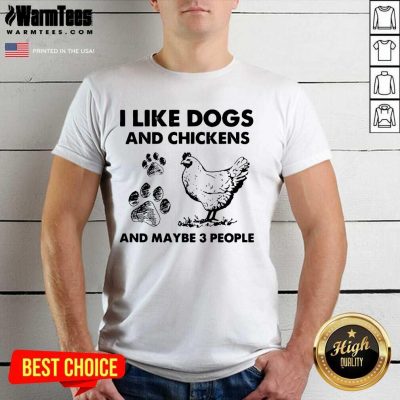 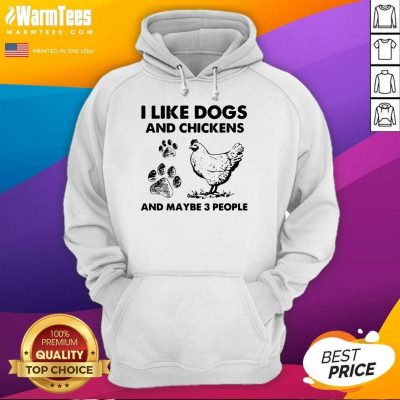 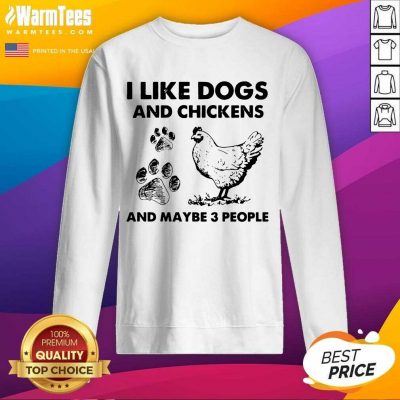 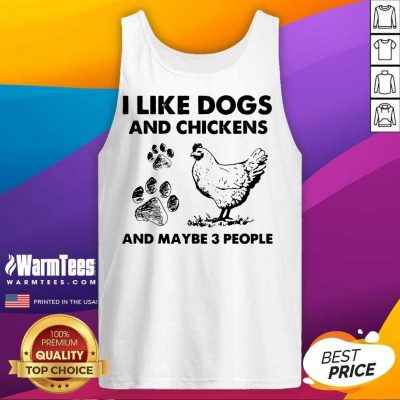 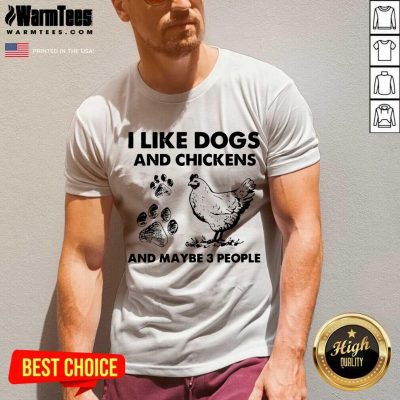 Nice I Like Dogs And Chickens And Maybe 3 People Shirt

We Nice I Like Dogs And Chickens And Maybe 3 People Shirt always drew names on Thanksgiving and would exchange gifts on Christmas Eve before “Santa” brought the real presents. My aunts and uncles, and my parents too, we’re never satisfied with a simple, silly white elephant or prank gifts. They always went way out. One year my uncle carved an ugly totem pole about four feet tall. One of my aunts gave another a set of china with (I think) Bill Clinton’s face on the plates. For a few years, they passed around a black velvet painting of a tiger. It was always a hoot to see who would get the tiger every year. In Norway (and other countries?) we have a tradition called “almond in the porridge”. It’s as the name says: we put an almond in the rice porridge and whoever gets the almond wins a small prize.

Our family Nice I Like Dogs And Chickens And Maybe 3 People Shirts does the same, but for us, it’s all about not showing the rest of the family that you have the almond. We’ve had some intense stare matches with poker faces all around the table. The staredowns are usually interrupted by intense laughter! The trick is hiding the almond in your cheeks, staying completely cool, and going for seconds ;) definitely recommend this one! Btw, don’t play it with your demented grandma: she’s gonna end up forgetting she got the almond…though now that I think about it, that might be the best poker face ever. Mummering. In my hometown, we all go mummering on Dec. 23rd. Basically, you dress up in strange/wacky clothes and obscure who you are. Then go around to your friend’s and family’s houses, asking if there are any mummers allowed in. The host will invite you in for a drink and a dance.